Shari-Zan Butsugan-ji has the Great Nirvana Temple Hall with the biggest statue of Nirvana in Japan. It also has Jodo the Pure Land style of garden with ancient Japanese flavor.
There is a pond and a waterfall with pure clean water. And there are also some stately ancient garden rocks.
From the Prayer Hall one can enjoy the view of Nirvana along with a Japanese gardens. It represents the natural flow from miniature hills to the hall on earth.
Please enjoy Jodo the Pure Land style of garden, with the largest class of Nirvana statue, which is very rare in Hokkaido.

The Statue of the Great Nirvana 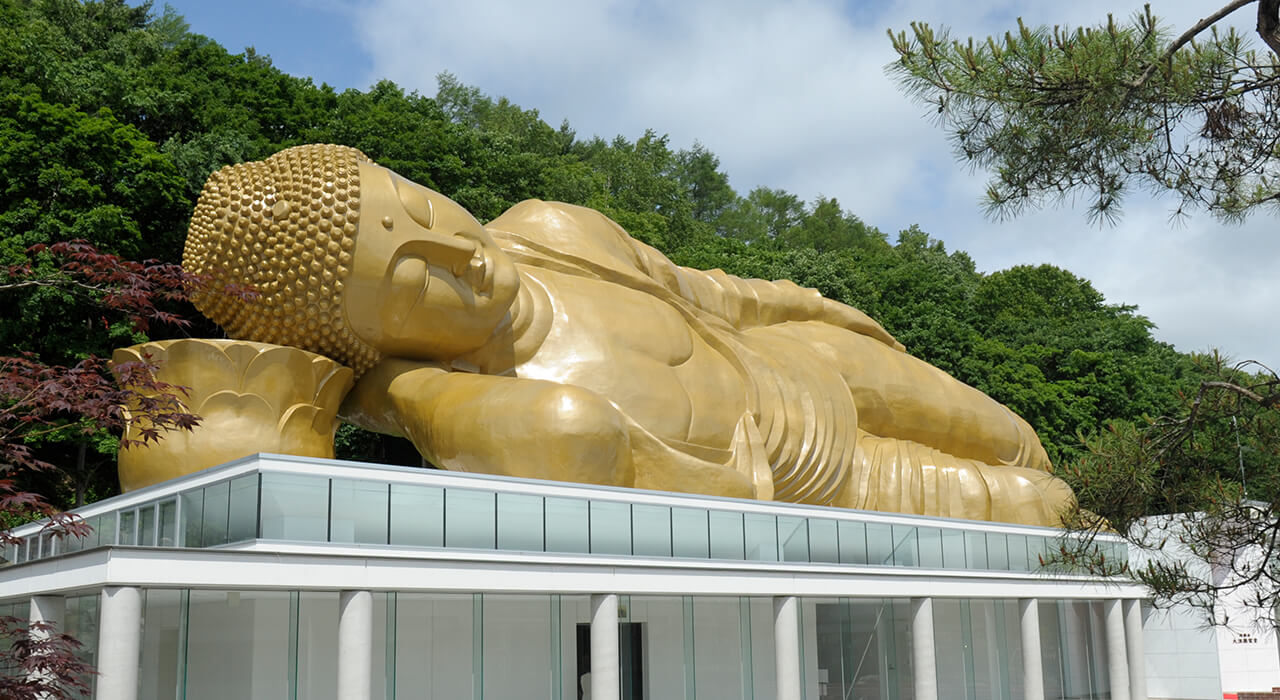 Hotoke is the santon who was enlightened to the truth in Buddhism. We can also say "Hotoke" for the dead and their spirits. Hotokes have same enlightenment evenly and also have unique supernatural power. 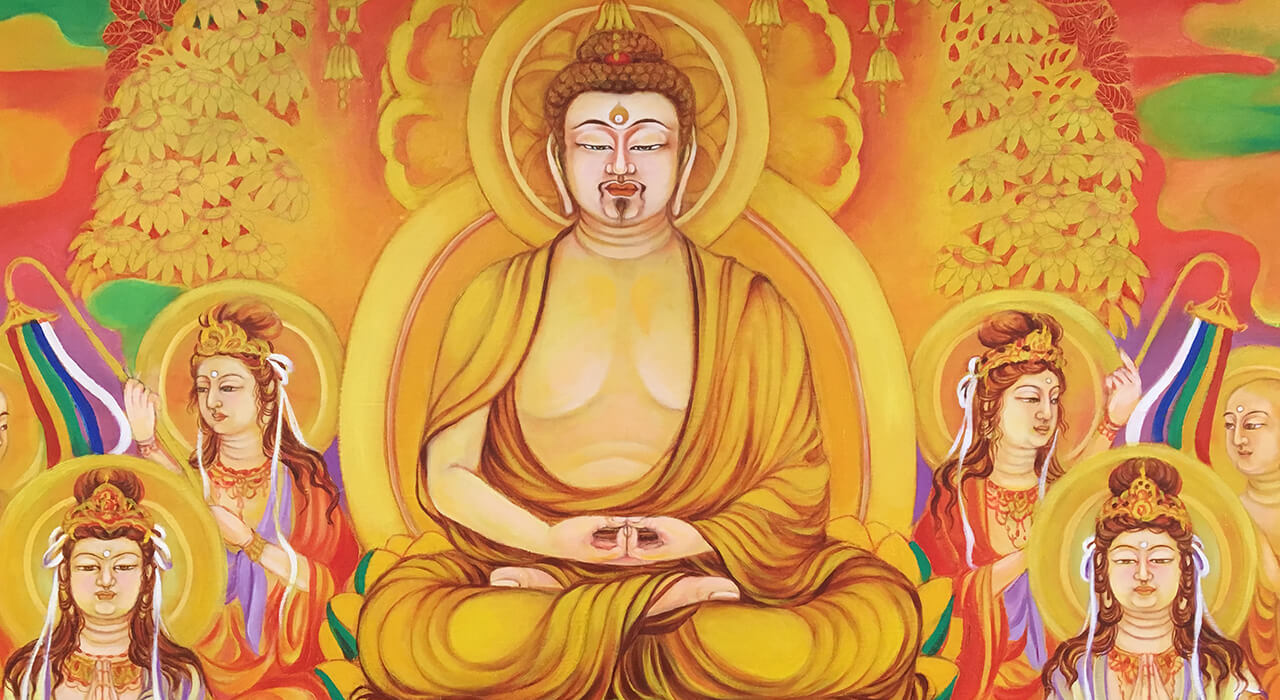 Who is Sakya (Shaka)？

Sakya(Shaka) is the person who originated Buddhism. His actual name was Gautama Siddhartha but he was called "Sakya" (Shaka) as he was born a prince of the Sakya Tribe. Later he was named "Buddha" in the sense of "one who has awakened to the truth" after long ascetic training. 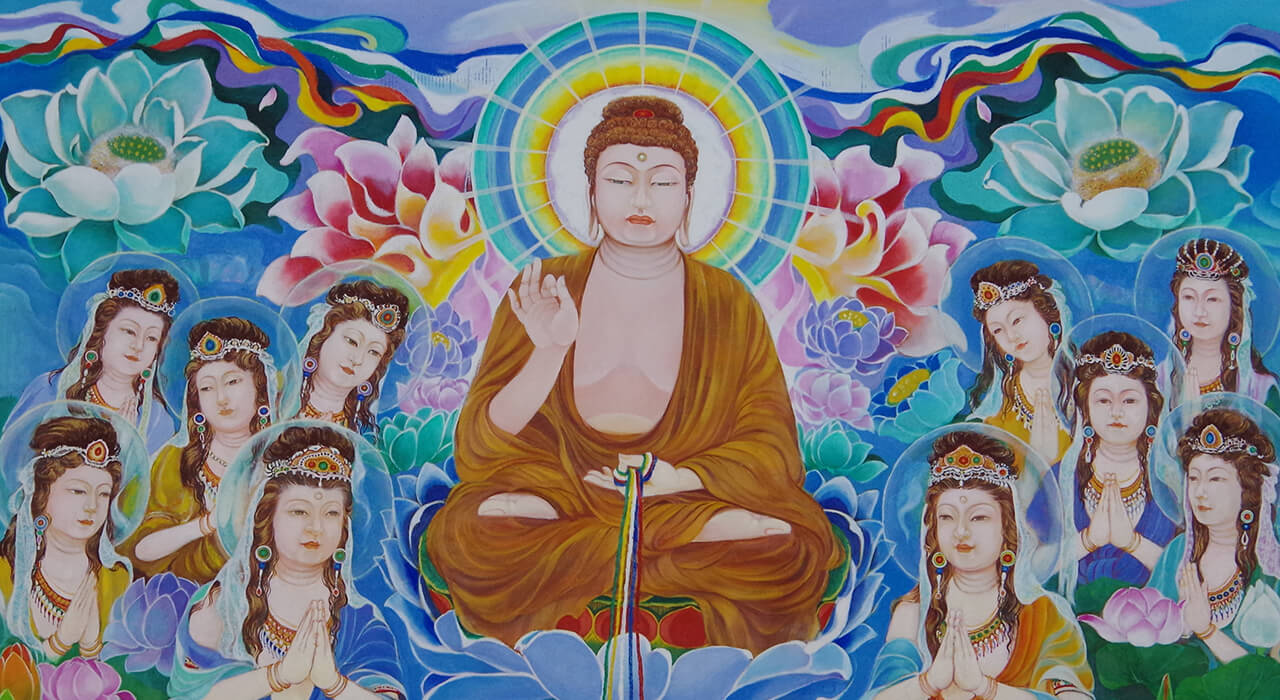 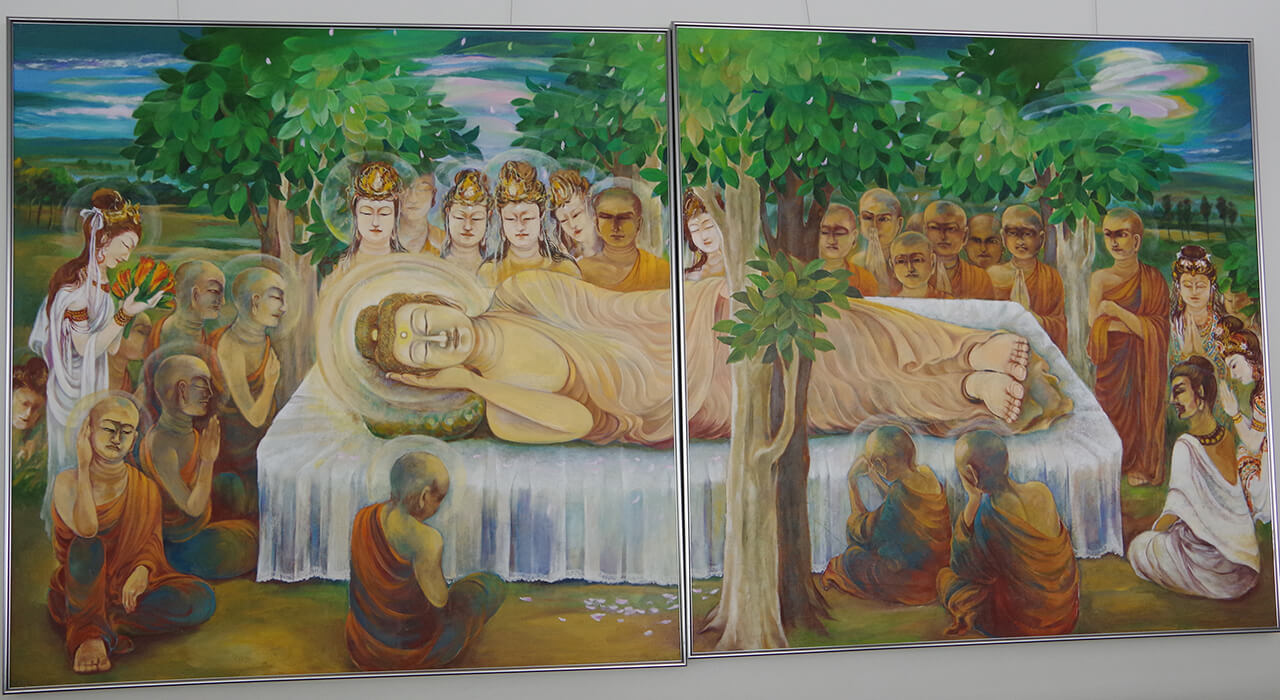 The Pure Land is the world where people with accumulated virtues go after death. It is called “Buddha filed” (Gokuraku). The Japanese garden of the Great Nirvana Temple is the Jodo the Pure Land with ancient Japanese flavor. It is the Pure Land on Earth (Buddha field). 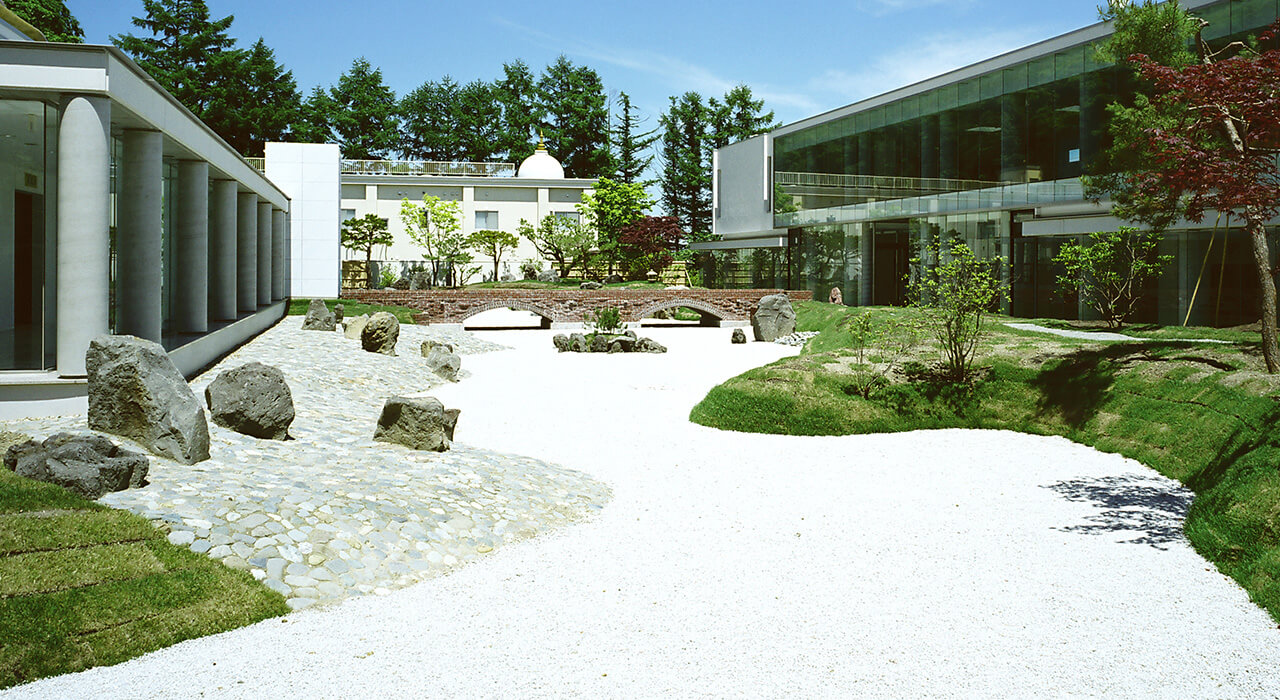